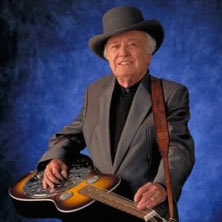 When Josh Graves joined Lester Flatt & Earl Scruggs' Foggy Mountain Boys in the early 1950's, it changed bluegrass music forever. Josh's Dobro™ gave the music the polish it needed to compete with the newly electrified country music of the day, and Josh's virtuosity complimented that of Earl Scruggs, as they played off of each other with aplomb. Without a doubt it was an exciting time for the music, and also a time that can be referred to historically as the early pinnacle of bluegrass music.
Josh released two recordings for OMS Records. The first, Sultan of SLide, and the second, Memories of Foggy Mountain. No Depression Magazine said in its review of Sultan of Slide:

"Sultan Of Slide is a mostly country affair, sporting drums, steel, and electric guitar and bass -- and beyond them, a few more twists that listeners may find surprising coming from a man well past the usual age of retirement. Obviously, it was a perilous course to take, but it turns out exceedingly well.
Though there are a couple of showcase instrumentals -- Leon McAuliffe's "Panhandle Rag", with Graves and steel man Buddy Emmons taking turns, and the lovely "Evelina", done with Jerry Douglas -- the emphasis is on vocals and songwriting. The Whites wail Graves' transcendent waltz "Come Walk With Me"; Porter Wagoner reprises "Satisfied Mind"; Tom T. Hall breezes through "Fireball Mail"; Johnny Russell essays his own "Someday I'll Sober Up"; and Billy Troy takes on Jimmie Rodgers' "Carolina Sunshine Girl".
All do well, but the real fun comes on a two pairs of appearances by Marty Stuart and Delbert McClinton. The former duets with Graves on a couple of his rockabilly (!) tunes, while the latter is at his hoarse, gritty best on Johnny & Jack's goodtime rhumba "Down South In New Orleans" and Van Morrison's "Bright Side Of The Road". It's great stuff, every bit of it, and you shouldn't miss it."
On Memories of Foggy Mountain, Josh was joined by some the finest veterans of traditional bluegrass. JD Crowe, the banjo player that has led his own popular group over the years and has preserved the solid straight-ahead banjo style that Earl Scruggs created, and Bobby Hicks, a longtime member of Ricky Skaggs' band and a veteran of Bill Monroe's Blue Grass Boys, provided the tonal perfection that makes great music. And with session giant Aubrey Haney leading other outstanding players, Memories of Foggy Mountain is a high fidelity reminiscence of the glory years of perhaps the most popular bluegrass group of all time, The Foggy Mountain Boys.
Many of the tunes were written by Josh Graves, others by Earl Scruggs, but in all is present the intensity that drove the historical Foggy Mountain Boys to stardom.
Josh Graves was still breaking new ground when he made these recordings, even though they were 50 years after he first appeared on the scene. His stylings had changed little, and the technical prowess of the master was still there. Scores of players have copied the style of Josh Graves over the years, and with Memories of Foggy Mountain Josh showed that even after all those years, he could still make that were innovative and exciting.  Josh died after a lengthy health challenge on September 30, 2006.
DISCOGRAPHY
(click cover for info and listening) 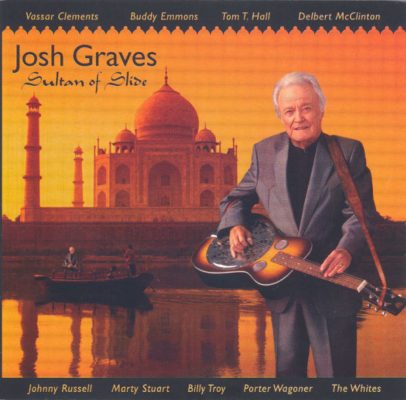 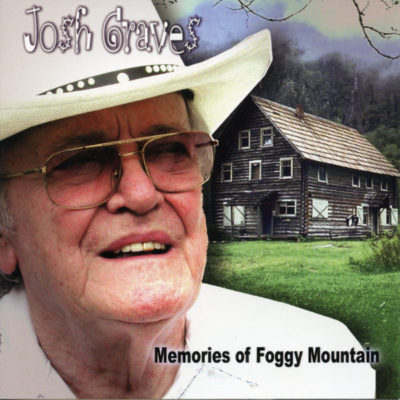